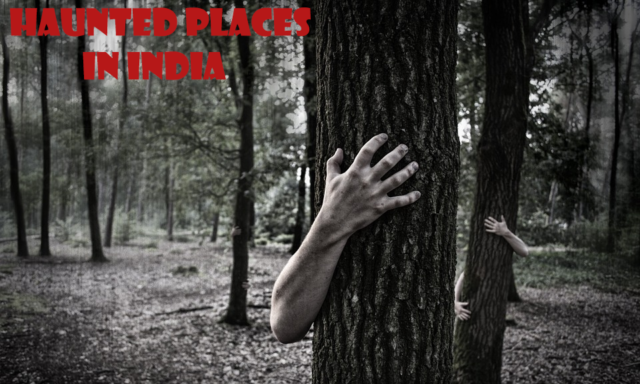 There are many scary places in India. Today we will take you to some of India’s haunted places. As all said, what looks attractive can be more dangerous, which has been placed in the most haunted places.

5 Most haunted places in India

Here is the list of most haunted places in India where to go means risking your life.

It is said that in 1825, people disappeared from this village overnight. After the mysterious evacuation of the town, no one returned for years. People are forbidden after dark because this place is considered cursed. Nobody has come to live there since all those people left. A lot of scary sounds are heard here at night.

The historic Bhangarh fort is one of the most haunted places in India. Maharani’s spirit is said to roam here during the night. Locals say that the place is cursed as well. Due to the curse of the magician, no king could live here and since then this place has turned into shambles. In addition, this fort is very beautiful, especially its architecture. It is also a tourist place in the daytime.

This Baoli was built by Maharaja Agrasen, is an incredible piece of history that deserves the title of wonder. There are about 103 steps in this Baoli which adds to the beauty of the place. It is said that the water of this Baoli had turned black which attracts people to it. Many people have died by jumping into it. However, many local people refuse to call this place haunted well how much this rumor is true or not.

A glimpse of old art can be seen in this place, which is certainly worth seeing. I think the government has to take action on it to maintain this place and represent it as a tourist attraction throughout the world.

Barog tunnel is one of the tunnels from the Kalka to the Shimla railway track. This tunnel is famous by the name of kernel Barog who was the first engineer to work on this tunnel. Unfortunately, he can’t complete the project on time by mistake. As a result, he has fined one rupee. He commits suicide by shooting himself in the same tunnel. It is said that from that day his soul still roaming in the same tunnel.

Also, read-Have you Heard About India’s Most Haunted, Mysterious Kalka To Shimla’s, Tunnel No.33 (BAROG TUNNEL)?

Here is the story of the ghost of a soldier is hard. According to people, Ramoji film city was made on the battleground of Nizams. The spirit of a dead soldier still roams the streets. People are afraid to come here in the dark. In this case, many paranormal activities are observed during or after the shoot. In addition, several activities have been recorded, including the chandelier falling and fingerprints appearing on the mirror.

As beautiful as this fort is, its walls scream and tell its spooky history. The dark history of Shaniwarwada Fort explains why it is haunted. How a prince was brutally killed by a close friend of his. he is still screaming during the night.

The Malcha Mahal is located about one and a half kilometers from the forest on Sardar Patel Road. No one lives here anymore. This palace has been vacant since 2017. Several years later, a queen committed suicide, and the king also died. Raja’s body was found a month after he died. and it is believed that he died of starvation. Nearby residents call this place haunted.

Read Also-5 the world’s most mysterious places in India

Have you Heard About India’s Most Haunted, Mysterious Kalka To Shimla’s, Tunnel No.33 (BAROG TUNNEL)?