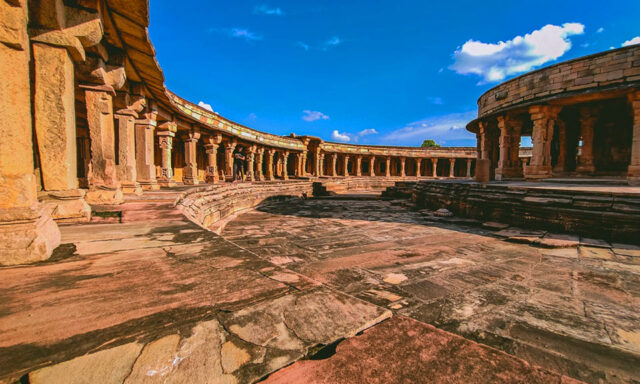 As clear by the name Madhya Pradesh means in the Center of India. M.P is the most amazing and beautiful city situated in the heart of India. Madhya Pradesh has a subtropical climate. Winter last here from December to February. In winter temperatures drop up to 1-degree Celsius. The summer season here lasts from March to May. During this season maximum temperature is up to 42 degrees Celsius. Madhya Pradesh situated at the center of India is famous for its wildlife sanctuary, Natural views, temples, unique sculpture, Tiger Reserve, and national parks. M.P contains a total of 52 districts.

The name of Khajuraho is taken with Madhya Pradesh. This is a UNESCO world heritage site. Khajuraho’s land is also gods. This land is known for its many ancient temples. These are added to its popularity. There are many stunning sculptures. You should check out these sculptures. It will take you to another world of wonder. You will get a wonderful chance to see the history.

This ancient land still preserves a lot of the ancient heritage. During the time of the Chandela rulers, Khajurao was Built. Ancient engraving will surprise you.

What to do in Khajuraho

How to reach Khajuraho –

By Air – Not several flights come here. From Delhi many flights are available.

Through Train– There is a direct train from Delhi to m.p.This railway station is not yet connected with more cities.

By Bus –Here is good transport connectivity with the biggest city of Madhya Pradesh like Indore, Jhansi Gwalior, etc.

Bhopal is a more familiar tourism site. Every year number of visiter came here. Bhopal is famous for its natural beauty. There are many natural and artificial lakes to see. Famous Laxmi Narayan temple and Moti masjid are also here.

Things to do in Bhopal

How to get Bhopal

Air-Bhopal Airport is just 13 km away from the city center. After reaching there you can get a direct taxi and local buses to visit your favorite place.

Train-Bhopal has the largest railway station which is connected with all nearby major cities.

Kanha national park is one of the administered parks of Asia. This is the biggest national park in Madhya Pradesh. It is spread over a 940 sq. Km area. Here you can get an opportunity to see Bengal Tigers. In this national park number of leopards, wild dogs, Barasingha’s can be found. National Geography of the land of the tiger is also shot here.

How to reach here-

Through Air -Nagpur and Jabalpur are the closest airports which are 266 and 177 km away from Kanha National park respectively.

By Train- The closest railway stations are Jabalpur, Nagpur and Gondia.

What to do in Panna

Ujjain is one of India’s holiest places. It is a Hindus religious site. The city is Counted as the seventh holiest city in India. Here you can see the ancient Glimpse of Hindu pilgrimage. Street food is most famous here. All Gujarati, Rajasthani, and Maharashtrian food are available here. You are a fan of spicy food then this place proves to be the best for you.

It is a land of marble rock. Bhedaghat is situated in Jabalpur district in Madhya Pradesh state. The beautiful place is famous for marble rock. The town falls on the bank of the Narmada river. It is known for Dhuandhar fall, which means fog. Moonlight makes this town even more beautiful.

Places to visit in Bhedaghat

How to reach Bhedaghat

Jabalpur can be the perfect location for Bhedaghat. Any means of transportation will get you to Bhedaghat after reaching Jabalpur.

This is another pilgrimage of Hindus in Madhya Pradesh. Omkareshwar is one of India’s Jyotirlinga. This is the famous Hindu pilgrimage site.

Orchha falls in the northern part of Madhya Pradesh. This place is just 18 km away from Jhansi. Orchha is a district situated in the Niwari district. This city is famous for its Ancient history, Ancient temple and old palaces. Now this time this place has become a tourist attraction. Orchha has a mesmerizing forest view on the bank of the Betwa river.

How to get here

Jhansi will be your main destination for reaching Orchha.

By mid-1710, Rao Nandlal Choudhary had discovered Indore City. Do you know that Indore is among the top 20 cities that will develop smart cities?. Indore is famous for its seven store Rajwara palace and Lal Bagh Palace. Jalebi and Poha are the most famous food here.

Places to visit in Indore

Bandhavgarh National Park is most popular devoted to Royal Bengal Tigers. The magnificent trees here have been home to many species of animals and birds over the years.

How to reach Bandhavgarh

Air Mode-In the distance of 200 km, Jabalpur is the closest airport to Bandhavgarh.

By train Mode-In the distance of 32 km, Umaria is the nearest railway station.

By Road-Jabalpur, Satna is the closest bus stand. Bandhavgarh is well connected with Madhya Pradesh.

Travel Guide to Gangtok Sikkim, what to see and how much to pay

The Top 10 Popular Tourist Attractions In The City Of Kings, Rajasthan